Vendors inside the car show didn’t appreciate the competition. So they talked the city government into passing a new ordinance that put the girls out of business.

After a round of bad publicity, city officials are thinking of re-writing the ordinance.

Regulation of the Day 171: Cream Puffs

A new bill in the Wisconsin legislature would make the cream puff the state’s official dessert. An influential lobbying group consisting of fourth-graders from Mukwonago used Facebook and other media to pressure Sen. Mary Lazich into introducing the bill.

Despite support from the powerful Wisconsin Bakers Association, the Milwaukee Journal-Sentinel points that the cream puff bill’s success is not guaranteed. Previous attempts “to make Harley-Davidson the official state motorcycle and to recognize the microbe that turns milk into cheese failed to pass.”

This blog will be paying very close attention to the heated legislative battle in Madison to give the delicious cream puff its due. After all, the time that legislators spend on this is time they aren’t spending passing more harmful legislation.

Comments Off on Regulation of the Day 171: Cream Puffs

Posted in General Foolishness, Political Animals, Regulation of the Day

Vice President for Strategy Iain Murray discusses the labor reforms that have led to a thousands-strong sustained protest in Madison, Wisconsin. While the reforms themselves are relatively minor, both sides know that the stakes are high. This may prove to be at a watershed moment in the relationship between public sector unions and taxpayers.

Comments Off on CEI Podcast for February 24, 2011: On, Wisconsin

Are the Wisconsin Protests Backfiring?

Posted on February 18, 2011 | Comments Off on Are the Wisconsin Protests Backfiring? 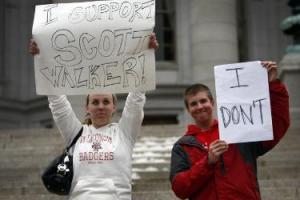 Protests in Wisconsin over public sector compensation cuts have been the big story this week. Over at the Daily Caller, I explain why some of the tactics that union members and supporters are using are actually backfiring.

The teacher sickout is classic bad PR. The parents who have to find and pay for last-minute daycare are now less likely to side with teachers’ unions, not more.

The nationwide saturation coverage is actually doing far more damage. Millions of people are learning about the sweetheart salary and benefit deals that many public sector union members get. Even if Gov. Walker’s cuts pass, the protesting workers will still be much better paid than their non-union counterparts. Both are better compensated in turn than most private sector workers.

Comments Off on Are the Wisconsin Protests Backfiring?

Posted on January 26, 2011 | Comments Off on Obama Congratulates Wisconsinites on Packers NFC Championship

Comments Off on Obama Congratulates Wisconsinites on Packers NFC Championship

Why Prince Fielder Will Never Be a Yankee 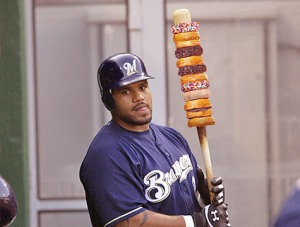 A junior high school in Wisconsin is holding a bratwurst fry today. They’re raising money to fund a school-wide trip to a Milwaukee Brewers game next month. Sounds like a lot of fun.

This, of course, would be illegal in New York City, where food-based fundraisers are de facto banned. Administrators worry that they contribute to child obesity.

Regulation of the Day 85: Peddlers 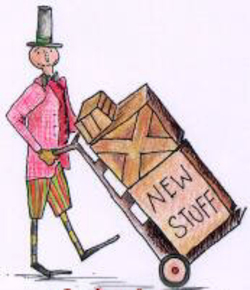 You can apply for your peddler’s license here.

Comments Off on Regulation of the Day 85: Peddlers

WTMJ’s headline: Detainees at Camp in Iraq Use Favre To Tease Wisconsin Soldiers

According to a military official, detainees at a Wisconsin National Guard camp in Iraq are using Brett Favre as a manner of getting at the guard troops there.

“They know Favre by name,” said First Lieutenant Tim Boehnen, who is from New Richmond, Wis.

“One of the big words they know now is shenanigan. They’ll constantly talk about ‘Favre shenanigans,’ ‘He’s so good for the Vikings,’ and ‘The Packers have got to really feel bad about that one.’ “