Review of Factfulness: Ten Reasons We’re Wrong About the World-and Why Things Are Better Than You Think (Flatiron Books, 2018) by Hans Rosling with Ola Rosling and Anna Rosling Rönnlund.

Rosling, who passed away of cancer while writing this book, wanted it to be his last, grand statement. He wants people to simultaneously believe two things: that the state of the world can be both bad and getting better. Hundreds of millions of people still live in absolute poverty. But for the first time in history, the global absolute poverty rate is now below 10 percent. Improvement is coming so fast that the number of people in poverty is going down even as population increases.

Most people think in binaries—left and right, good and bad, and so on. Rosling encourages nuance. Rather than a simple binary of rich and poor countries, Rosling uses a four-level framework. Level one is absolute poverty—subsistence farming, little or no electricity, crude sanitation, high disease rates, and low life expectancy. Level four is where the rich countries are—the Anglosphere, most of Europe, and the Asian tigers. When people think of rich and poor countries, they tend to think of either level one or level four countries. As it turns out, most people in the world are middle class—they live in level two and level three countries. In varying degrees, these countries offer better health and sanitation than level one countries, along with some industrial development, education for children instead of labor, some degree of political and lifestyle freedom, and so on.

One thing I especially like about Rosling’s framework is that countries can level up. Prosperity is a process, not an on/off switch. And the number of levels is theoretically infinite. Rosling chose to use four levels, but a more granular analyst can use as many levels as they want. More importantly, it may well be that what Rosling describes as a level four country today will be startlingly poor a century from now. Most of the world will have leveled up to the equivalent of level five or higher.

Rosling also provides an important public service in teaching people how to look at data. The most important example is the lonely number fallacy:

Never believe that one number on its own can be meaningful. If you are offered one number, always ask for at least one more. Something to compare it with. Be especially careful about big numbers. (p. 130)

I used this advice in my review of Trump economic advisor Peter Navarro’s coauthored book with Greg Autry, Death by China. The data won’t allow Navarro and Autry to make the case they want, so they have to resort to trickery:

Navarro and Autry give just such a lonely number when they argue that, “On [President George W.] Bush’s watch alone, the United States surrendered millions of jobs to China.” (p. 10) Let’s give that large, lonely number some company. In January 2001, when Bush took office, the U.S. labor force was 143.8 million people. When his term expired in January 2009, it was 154.2 million people, despite the economy being in recession. The data are here.

So even if “the United States surrendered millions of jobs to China,” those losses were outweighed by gains elsewhere, most of which have nothing to do with trade policy.

Keep this in mind whenever you see a scary number in a news story—if it doesn’t come with company or context, it’s analytically useless at best.

Rosling’s book has been warmly received by a politically diverse audience, and rightfully so. Rosling’s optimism is based on widely available data, not his ideological priors. In areas where the world is not improving, he is quick to point to them as a reform priorities.

More importantly, the data show that the world’s arrows are almost all pointing up. Few people realize this—as Rosling humorously shows, most people perform worse than chimpanzees on a simple multiple choice quiz about human well-being. The errors are not random—they are overly pessimistic in participants across countries and in every demographic category.

Rosling was as effective as anyone in trying to correct pessimistic bias with facts, not least through his easy-to-understand bubble charts. Rosling’s son, Ola Rosling, and daughter-in-law, Anna Rosling Rönnlund, are carrying on his work with their group Gapminder—see, for example, their tour of Dollar Street that shows the various gradations between countries in levels one through four.

Things are bad in many places, but getting better. In fact, for most people in most places, living standards today are the best they’ve ever been. It is up to us to see that the process continues. To do that, we need to be aware of both the facts on the ground and our inborn cognitive biases that prevent us from seeing those facts clearly. From there, action. Use your head, not just your heart. You need both.

Why Shouldn’t the Energy Department Run the Entire Economy?

New Energy Department standards for dehumidifiers promise massive benefits. Depending on which set of numbers you prefer (the link goes to the Energy Department’s own numbers), they will cost somewhere between $110 million and $190 million annually. Estimated annual benefits range from $2.0 billion to $3.6 billion. If these numbers are accurate, this regulation will cause a net benefit to consumers between 18- and 19-fold.

Which brings up an obvious question: Why not just have the Energy Department run the entire economy?

Despite the massive improvement in living standards that entrepreneurs’ market-tested betterment has brought to most of the world for two centuries and counting, they have only brought a 2 or 3 percent rate of growth over that long time, on average. The Energy Department promises 1,800 percent. That is at least 600 times as much as market-tested entrepreneurs, and 225 times as much as the mercenary Dow Jones.

As Deirdre McCloskey asked many years ago, “If You’re So Smart, Why Ain’t You Rich?” These are serious questions which deserve serious answers. Energy Department officials could learn much from her intellectual humility.

Human Achievement of the Day: Guitars

When Human Achievement Hour rolls around each year, I make sure to do two things. One is to play an electric guitar. The other is to play an acoustic guitar.

Guitars are simple things. Stretch some thin metal wires over a plank of wood, and you’re most of the way there. Electric guitars add a few magnets wrapped in copper wire mounted underneath the strings, called pickups. This deceptively simple invention is one of the pinnacles of human achievement. Music made on guitars has brought unfettered joy to billions of people, most of whom have idea how to play one. Whether you like jazz, punk rock, flamenco, blues, death metal, or classic rock, guitars have enhanced your life. In a way, the guitar is one of the defining objects of modern Western culture.

Regular readers will likely be familiar with CEI’s “I, Pencil” video from a few years ago, inspired by Leonard Read’s famous pamphlet. Nobody can make a pencil on their own. It takes a network of literally millions of people cooperating to make something you can buy in a store for less than a dollar. The network of human cooperation surrounding guitars is arguably even greater.

For example, guitars made by Gibson, such as the Les Paul and the SG, are often made of mahogany wood, which grows mostly in Central and South America. Tennessee-based Gibson has to arrange with people more than a thousand miles away to harvest the lumber and ship it to Nashville, most of whom speak different languages and use different currencies. The fingerboards placed on top of the guitar’s neck are usually made of rosewood, native to Africa and Asia, presenting another coordination problem.

Fret wire, usually made of either nickel or stainless steel, relies on mining and smelting technologies, and requires precise math, skill, and specialized tools to install. Other hardware, such as a guitar’s bridge and nut, pickguard, and tuning pegs, present their own challenges.

Acoustic guitars use a soundboard, chambers, and soundholes in such a way that makes the instruments both loud and tuneful. Electric guitars instead use pickups, potentiometers, wires, soldering, and standardized connections leading to an amplifier powered by electricity. If a pencil is a miracle of cooperation, guitars are even moreso.

Part of the point of Human Achievement Hour is to celebrate modernity. So on March 28, sometime between 8:30 and 9:30, instead of merely leaving on the lights, I will pick up my electric guitar, plug it into my amplifier, and take in the pure, simple joy that comes with banging out distorted power chords. After that, I will pick up my acoustic and admire all the skill, elegance, and mastery of geometry and sound that went into making it. Nobody within earshot may much enjoy my point, but they will likely be thankful for two other human achievements: walls and doors.

General Counsel Sam Kazman talks about presidential science advisor John Holdren’s refusal to comply with the federal Data Quality Act when CEI questioned some discredited scientific statements in a video he put up on an official White House website. Click here to listen. 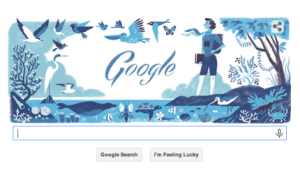 Google recently commemorated Rachel Carson and her influential book Silent Spring with a Google Doodle on its homepage. Seeing as Carson’s book set malaria prevention back decades, CEI Senior Fellow Angela Logomasini thinks there are other figures more deserving of such tributes.

The Supreme Court heard oral arguments this week in a case that could determine whether or not the EPA has the authority to regulate greenhouse gas emissions. CEI Senior Fellow Marlo Lewis has written about the case for Forbes. 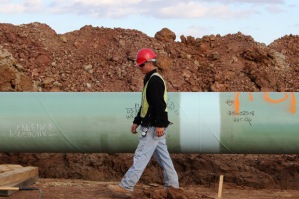 CEI Podcast for January 9, 2013: Reining in Sue and Settle with the REDO Act

Senior Fellow William Yeatman argues that the REDO Act, up for a House vote today, would limit a practice called sue and settle. Friendly activist groups sue allied agencies over missed deadlines, and the settlements typically include enactment of policies that the agencies and the groups both favor. Sue and settle is a form of regulation without representation, without input from Congress or voters. 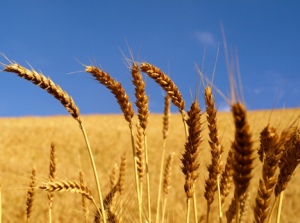 Like anything else, carbon emissions have both costs and benefits. Marlo Lewis, a Senior Fellow in CEI’s Center for Energy and Environment, discusses a new study finding that the carbon debate has some nuance to it, after all.

Posted in The New Religion

Inertia Wins!
Create a free website or blog at WordPress.com.