Posted on March 25, 2021 | Comments Off on CEI Book Forum with Johan Norberg and Patrick Moore

I also received a pleasant surprise around the 31:00 mark when Norberg, whose work I’ve long admired, quoted favorably from my recent review of Open.

Posted on January 28, 2021 | Comments Off on Book Review: Jennifer Traig – Act Natural: A Cultural History of Misadventures in Parenting

Hilarious, and recommended by Let Grow founder and Free-Range Kids author Lenore Skenazy. Traig performs two valuable services for parents. One, she reminds them that everyone makes mistakes, and that’s ok. Do your best, use common sense, and your kids will be fine. Perfection doesn’t exist. Provided that you are loving, caring, and supportive, there is no need to stress yourself out over falling short of impossible standards.

The second service is historical. Our mistakes are nothing compared to the mistakes people used to make. Before freaking out about whatever threat to children is headlining the evening news tonight, it helps to have some context. Children today are safer, healthier, better fed, and better-parented than at any other time in history. Media freak-outs help ratings, but hurt parents and kids. Traig looks at how previous generations treated their kids, and is thankful that today’s kids have it better in almost every way. Some of our parents and grandparents’ shortcomings are hilarious; others are more tragic.

Doctors performed quack remedies that were as likely to kill as to cure. School was even more drudgerous than it is now, and physical abuse was common. Parenting “experts” clearly had no idea what they were talking about, and many advocated what today would be considered abuse. Playground equipment was hazardous. Children’s literature, such as the Brothers Grimm, was often nightmare-inducing. Crib accidents used to be multiples more common due to poor design. Once kids were out of the crib, child labor was routine until the Industrial Revolution raised adult earnings enough for them to afford to put kids in schools instead of fields or factories.

Traig makes these serious points with laugh-out-loud humor and a conversational style. This book is excellent for nervous parents, nervous parents-to-be, and anyone else worried about what the world is coming to. As long as we put a little effort into it and stop freaking out about everything, our children and grandchildren will have better childhoods and better adult lives than we did, just as our lives have been healthier and wealthier than those of the generations before us.

Comments Off on Book Review: Jennifer Traig – Act Natural: A Cultural History of Misadventures in Parenting

Posted on January 14, 2021 | Comments Off on Economics Can Help Explain Conspiracy Theorists

There is a lot of conspiracy theory garbage floating around. On January 6, it took a violent turn. Five people died in a coup attempt at the U.S. Capitol, over obviously false claims of a stolen election. It is important to understand what causes this behavior in order to prevent future violence, and to prevent a future breakdown of liberal institutions. Over at Fortune, I explain that a little bit of basic price theory can improve our understanding:

If you think of irrationality as a consumer good, much like a car or a television, you can better understand why people sometimes say and do crazy things. Think of it like this: People buy more cars and televisions when they are cheap, and fewer when they are expensive.

This logic applies to conspiracy theories.

Read the whole thing here. For readers interested in further exploring the economics and evolutionary psychology of conspiracy theories, I recommend Bryan Caplan’s book Myth of the Rational Voter and Michael Shermer’s book The Believing Brain.

Comments Off on Economics Can Help Explain Conspiracy Theorists

Posted on August 27, 2020 | Comments Off on Wearing Masks Is Good. But Mask Mandates Backfire

Steve Horwitz and Don Boudreaux recently joined forces for an excellent op-ed on mask mandates. They make some excellent points, including one highly relevant to the debate over police reform:

“By creating more opportunities for encounters between law enforcement and the citizenry, mask mandates create yet one more way for authorities to harass the relatively powerless. We’ve already seen that mandates are disproportionately enforced against people and communities of color.”

They also make solid points about bottom-up social norms versus top-down mandates. The whole piece is worth reading. But many people don’t seem to realize that there are effective ways to encourage good behavior without mandating it. Governance doesn’t always require government. In many case, governance is more effective without government. Wearing masks in public when there is a pandemic on is one of those things.

The alternative to mandates is social pressure. Don’t patronize stores that don’t enforce mask requirements, and let them now why. Give good publicity and your business to stores that do require masks. Don’t socialize in person with anti-maskers or let them into your home, and let them know why. Anti-maskers are the butts of jokes all over tv and the Internet. Let’s keep all that up.

The trouble is that social norms have shortcomings. They aren’t perfect, which is why some people favor mandates in addition to social norm enforcement.

After all, some people value their anti-masker in-group identity more than they value the approval of their friends, family, and community. Other people are just thoughtless of others. That does not mean, therefore mandates. It’s not as though such people are respecting mandates anyway.

Another important point is to think about mandates at the margin, the way an economist does. What additional impact would a mandate, on top of what people are already doing? How does this compare to the additional costs a mandate would impose, such as more police encounters?

Most people who wear masks in public will do so with or without a mandate. I don’t even know if my city has a mandate, and I don’t care. I wear a mask in public because I don’t want myself or anyone I care about to get sick. Most people are the same way. And it’s not like mandates convince anti-maskers see the error of their ways. They’re digging in. Mandates have near-zero marginal impact.

Finally, there is what Harold Demsetz called the Nirvana Fallacy—comparing the real world against a perfect theoretical model. With masks, the relevant comparison is not social pressure versus mandates as we *would like* them to work. It is social pressure versus mandates as they *actually do* work. Compare real with real, not real with ideal. If the only feasible choices are between bad and worse, choose bad. And let’s help people to be better.

Comments Off on Wearing Masks Is Good. But Mask Mandates Backfire

Posted in Economics, Everybody Panic, regulation 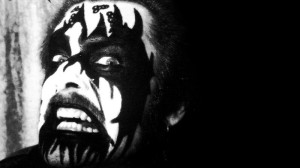 Senior Fellow Angela Logomasini debunks scare stories that chemicals in makeup and other household products cause cancer, neurological disorders, birth defects, and other health problems. The cardinal rule of toxicology is that the does makes the poison. That dose just isn’t there in cosmetics, no matter how loud the shouts of some activists. For more information, see the new CEI study, “The True Story of Cosmetics: Exposing the Risks of the Smear Campaign,” by Dana Joel Gattuso.

Comments Off on CEI Podcast for November 3, 2011: Scary Makeup

Posted in CEI Podcast, Everybody Panic

Posted on October 31, 2011 | Comments Off on Seven Billion People

The battle to feed all of humanity is over. In the 1970s the world will undergo famines – hundreds of millions of people are going to starve to death in spite of any crash program embarked upon now.

Not so much, thankfully. Ehrlich and other people who live in bed-wetting fear of their fellow man forget that people are more than stomachs; they are also brains. And brains have an increasing return to scale. The more of them there are, and the more they can interact and exchange with one another, the faster they can quiet rumbling stomachs.

That’s why real world per capita GDP is 16 times higher than it was before the Industrial Revolution — even without correcting for the increased quality of goods. Including that omission would bring the increase to something like 100-fold, according to the economist Deirdre McCloskey. And this is per capita; remember, world population has increased about 7-fold since 1800.

The data are simply astonishing. 7 times as many of us are each at least 16 times and as much as 100 times better off than our great-great-great-great grandparents. This is the single most important event in human history since the Agricultural Revolution. It is so important that McCloskey calls it the Great Fact.

And the data show no signs of the Great Fact reversing itself, or even slowing down. if anything, China and India’s recent partial embrace of liberalism has quickened the brain’s still-incomplete conquest over the stomach.

Comments Off on Seven Billion People

The Truth About Makeup

Posted on March 2, 2011 | Comments Off on The Truth About Makeup

I still don’t plan on wearing any, but this short video from my CEI colleagues shows that the recent scare about makeup’s health effects is unfounded.

Comments Off on The Truth About Makeup

Today’s Threat to Humanity: Sleeping Next to Your Pet

Posted on January 24, 2011 | Comments Off on Today’s Threat to Humanity: Sleeping Next to Your Pet

Bruno Chomel, a researcher at UC-Davis, believes that sleeping next to your pet can give you the bubonic plague.

According to a new study Chomel co-authored with the California Department of Public Health’s Ben Sun, other risks include “chagas disease, which can cause life-threatening heart and digestive system disorders; and cat-scratch disease, which can also come from being licked by infected cats.”

If I want to be scared, I’d be better off watching a horror movie. They usually depict far more plausible threats than catching bubonic plague from sleeping next to a dog or a cat.

So despite Chomel and Sun’s dire warning, my cats will remain welcome in my bed. Besides, they’re warm. And it’s been a cold winter.

Comments Off on Today’s Threat to Humanity: Sleeping Next to Your Pet

Posted on January 11, 2011 | Comments Off on May Cooler Heads Prevail

Comments Off on May Cooler Heads Prevail 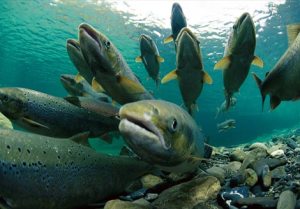 Comments Off on CEI Podcast – September 23, 2010: The Frankenfish Myth

Posted in CEI Podcast, Everybody Panic, The New Religion