Posted on September 5, 2012 | Comments Off on The Conventions Continue

Last week I pointed out that the GOP and Democratic nominating conventions will cost taxpayers as much as $136 million, and to little effect. This week the political duopoly begins the second half of its festivities. With both sides still bleating their talking points past each other, I was reminded of a startlingly relevant quotation all the way back from 1815. It appears on page 411 of Benjamin Constant’s Principles of Politics Applicable to All Governments:

When a nation is shallow and imitative, it finds nothing more powerful than editorial slogans. They are short, they seem clear, they are inscribed easily in the memory. Cunning men throw them to fools who seize them, because they are thus spared the trouble of thinking. They repeat them, because this gives them the appearance of understanding. Hence it arises that propositions whose absurdity astonishes us when they are analyzed, slip into a thousand heads and are repeated by a thousand tongues, such that one is endlessly reduced to proving what is obvious.

I’m not just picking on Democrats here. The GOP has the same problem, and to the same degree. There are a lot of reasons why such a base strategy is politically successful. One is rational ignorance; people have better things to do than dissect the fineries of policy.

Another is tribalism. If Homo sapiens has been a species for one million years, then we have lived in small tribes of 150 people or so for nearly 99.9 percent of our history, up until the agricultural revolution a little more than 10,000 years ago. After all, for most of our species’ history, other tribes were just as likely to steal from or kill members of your tribe as they were to share a meal or become friends. That’s why a wary, us-versus-them mindset is in our blood. People have a natural tendency to identify with one political tribe and vilify the other one.

Substance gets lost in the resulting vitriol. Any rock, down to the tiniest pebble, must be hurled at the hated Other. Even if you miss, you feel better about yourself simply for having thrown it.

It may be only two months until the election, but it feels like so much longer than that. What to do, then? Leading up to the election and beyond, independent voices need to keep pointing out the parties’ fiscal and regulatory excesses, as well as ways to reform them. It takes some repetition, but if we keep at it someone will listen.

Comments Off on The Conventions Continue

Adam Smith on the New Tone

“The furious behavior of an angry man is more likely to exasperate us against himself than against his enemies.”

Comments Off on Adam Smith on the New Tone

Posted on April 14, 2011 | Comments Off on In Politics, Inertia Always Wins

The GOP has been bragging that its budget deal that passed the House today will save $38 billion. The CBO took a closer look, and it turns out the actual figure is $353 million, or 0.02 percent of this year’s budget deficit.

In The Daily Caller, I point out that this is one more example of the iron law of politics — inertia always wins.

Comments Off on In Politics, Inertia Always Wins 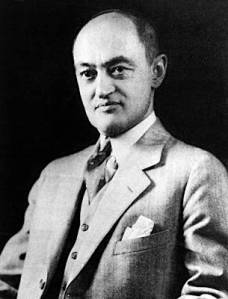 People complain that the level of political discourse in America is lower than ever. That isn’t actually true if you look at the historical record. But the ratio of heat to light is still far too high.

Over at the Daily Caller, I share a bit of wisdom from the economist Joseph Schumpeter about how people can have a more constructive dialogue about the direction of the country.

Comments Off on Setting a New Tone

Posted on November 29, 2010 | Comments Off on Useful Partisans

Partisans are strange creatures. They can support a policy for years when their guys are in charge, then oppose it in the blink of an eye when the other team takes power. Ross Douthat takes a thoughtful look inside the partisan mind in today’s New York Times:

[M]illions of liberals can live with indefinite detention for accused terrorists and intimate body scans for everyone else, so long as a Democrat is overseeing them. And millions of conservatives find wartime security measures vastly more frightening when they’re pushed by Janet “Big Sis” Napolitano (as the Drudge Report calls her) rather than a Republican like Tom Ridge.

He also identifies a bright side to partisanship that I hadn’t thought of:

But for the country as a whole, partisanship does have one modest virtue. It guarantees that even when there’s an elite consensus behind whatever the ruling party wants to do (whether it’s invading Iraq or passing Obamacare), there will always be a reasonably passionate opposition as well. Given how much authority is concentrated in Washington, especially in the executive branch, even a hypocritical and inconsistent opposition is better than no opposition at all.

Comments Off on Useful Partisans

Posted on September 25, 2010 | Comments Off on Mises on Political Parties

With a fiercely partisan election just over a month away, the concluding paragraph of Ludwig von Mises’ Liberalism is a refreshing rejection of party politics. Mises, of course, uses liberalism in the original sense of the word:

No sect and no political party has believed that it could afford to forgo advancing its cause by appealing to men’s senses. Rhetorical bombast, music and song resound, banners wave, flowers and colors serve as symbols, and the leaders seek to attach their followers to their own person. Liberalism has nothing to do with all this. It has no party flower and no party color, no party song and no party idols, no symbols and no slogans. It has the substance and the arguments. These must lead it to victory.

Comments Off on Mises on Political Parties

Posted on February 8, 2010 | Comments Off on Social Security, Health Care, and Partisan Hackery

Megan McArdle points out a delicious piece of partisan hackery.

Back in 2005, President Bush proposed privatizing Social Security. This was one of his few good ideas. But because of poor salesmanship, it was less than popular. Nothing came of it. Rather than press on, The New York Times urged him to cave in, in accordance with the peoples’ wishes.

This year’s health care bill is similarly unpopular. Now The New York Times is urging President Obama to press on, against the peoples’ wishes.

Comments Off on Social Security, Health Care, and Partisan Hackery

This Guy Gets It

Today’s quotation of the day from The New York Times daily email:

“I’m a middle-of-the-road kind of guy. I want the Democrats out of my pocket and Republicans out of my bedroom. The one word I would use for what’s going on in Washington is embarrassing.”

RON VAUGHN, who provides health insurance to his 60 employees at Argonaut Wine and Liquor in Denver.

Comments Off on This Guy Gets It

Posted on October 15, 2009 | Comments Off on Partisanship Pays

Rep. Joe Wilson (R-SC) yelled out “you lie!” at President Obama while he was presiding over a joint session of Congress. His outburst has been good for $2.7 million in campaign contributions over the last two months.

Rep. Alan Grayson (D-FL) raised $114,108 in one day after labeling the other team’s health care proposals as a way to “die quickly.”

Such hyper-partisanship is regrettable. But there is a reason politicians indulge in it — voters like it. Why else would it be so good for their campaign war chests?

Sometimes I think the saddest part of democracy is that the people get what they want.

Comments Off on Partisanship Pays