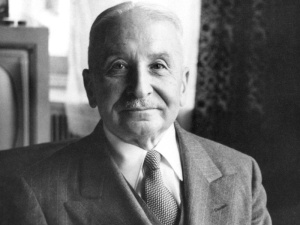 With a fiercely partisan election just over a month away, the concluding paragraph of Ludwig von Mises’ Liberalism is a refreshing rejection of party politics. Mises, of course, uses liberalism in the original sense of the word:

No sect and no political party has believed that it could afford to forgo advancing its cause by appealing to men’s senses. Rhetorical bombast, music and song resound, banners wave, flowers and colors serve as symbols, and the leaders seek to attach their followers to their own person. Liberalism has nothing to do with all this. It has no party flower and no party color, no party song and no party idols, no symbols and no slogans. It has the substance and the arguments. These must lead it to victory.