Much Ado about Nothing: Budget Cut Edition

Posted on April 12, 2011 | Comments Off on Much Ado about Nothing: Budget Cut Edition

The deal that the two parties recently struck to avoid a government shutdown meets somewhere in the between. It is advertised as cutting $38.5 billion of spending. But on closer inspection, it would actually cut $14.7 billion. That would cut total federal spending by 0.39 percent.

I have a hunch that even those small cuts may not actually happen. This blog post I wrote in 2005 explains why.

The rules of the game in Washington are severely stacked in favor of spending increases. Presidents Bush and Obama grew the federal government by about 100 percent in only a decade with little political pain. And it apparently takes the specter of a government shutdown to reduce spending by 0.39 percent.

If anyone is looking for a reason for fundamental institutional reform, that would be a big one.

Comments Off on Much Ado about Nothing: Budget Cut Edition

The First Amendment: “Congress shall pass no law… abridging the freedom of speech.”

Good news for anyone who wants to engage in political speech. But how sad that this happened because of politics, not principle.

Campaign finance regulations are an incumbent’s best friend. The incumbent already has name recognition, and a deep network of fundraising contacts. Heck, Congress’ franking privilege allows incumbents to send out de facto campaign messages for free. Challengers have none of those advantages.

Comments Off on A Telling Headline

I have mixed feelings about the tea party movement. On one hand, it is wonderful that there is a large and vocal constituency agitating for lower taxes and lower spending. And while many tea partiers are appropriately wary of the Republican party, they certainly seem to skew conservative. And conservatives are no friends of limited government.

John Samples from Cato nails my sentiments exactly in the video below. Here is a list of his main points:

Comments Off on Advice to Tea Partiers

Regulation of the Day 123: Donating Blood 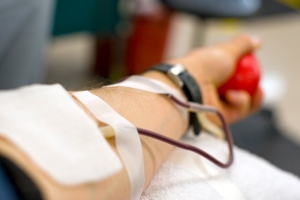 If you’re gay, you can’t donate blood. It’s illegal. The ban was put in place in 1983, during the early days of the HIV/AIDS scare. It may have made some sense in those days, when HIV testing was less than trustworthy. But it sure doesn’t now, with modern screening technology.

Obviously, keeping HIV-positive blood out of circulation is a wise policy goal. But most gay people don’t have HIV/AIDS. Rather than screening donors for sexual preference, they should be screened for blood-borne diseases. Straight people already are. And it works quite well. Current policies are keeping healthy, willing donors out of the system.

The outdated ban could soon be coming to an end. Sen. John Kerry and 15 of his colleagues, usually more prone to passing regulations than repealing them, are urging the FDA to repeal this one. You can read their letter here.

The one disconcerting thing about the letter is that every single one of the signees is Democratic. Not one Republican joined in. That could be because Sen. Kerry and the others deliberately excluded them for political reasons. But the GOP is famously behind the curve on gay rights issues. So maybe Republicans were asked, and said no. I don’t know.

Republicans should send their own letter supporting Sen. Kerry’s position. Enlarging the pool of eligible blood donors is an unabashed good. It’s a classic gay rights issue. It’s also a health issue. Blood would be more readily available for patients who need it. Economists would add that increasing the supply of blood will lower its price – a good thing in this age of rapidly rising health care costs. 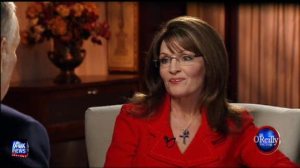 This Guy Gets It 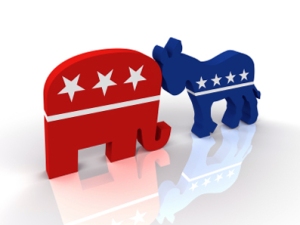 Today’s quotation of the day from The New York Times daily email:

“I’m a middle-of-the-road kind of guy. I want the Democrats out of my pocket and Republicans out of my bedroom. The one word I would use for what’s going on in Washington is embarrassing.”

RON VAUGHN, who provides health insurance to his 60 employees at Argonaut Wine and Liquor in Denver.

Comments Off on This Guy Gets It