Posted on November 3, 2010 | Comments Off on Alan Grayson, We Hardly Knew Ye 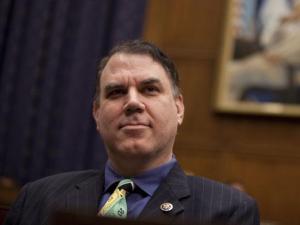 Most incumbents running for re-election deserve defeat. That more than 50 of them lost last night is an unabashed good. But one of those defeated incumbents, Florida Democrat Alan Grayson, I will miss.

This is not because he is a serious voice on policy; he isn’t. Rep. Grayson is a walking, talking reminder that Congress is not to be taken seriously, whatever lofty airs its members may exude. Washington could use more like him. Some of his career highlights:

-He blamed his defeat on the weather.

-Grayson characterized the GOP’s health care plan as “Don’t get sick, and if you do get sick, die quickly.”

-He used the word “Holocaust” to describe the current health care system. The Holocaust was an attempt to systematically murder all Jews.

-He referred to attendees of Glenn Beck’s political rally as “people who were wearing sheets over their heads 25 years ago.” Not as Halloween costumes, one presumes.

-He ran a political ad featuring audio of his opponent, Daniel Webster, quoting a Bible verse imploring women to submit to their husbands. The problem is that Grayson’s ad left out the part immediately after that where Webster told his audience to reject that advice, and take a more modern approach to marital relations.

-The same ad referred to Webster as “Taliban Dan.” The Taliban is a radical Muslim group that embraces sharia law, shelters terrorists, and throws acid in women’s faces for going to school.

-Grayson ran another ad calling Webster a draft-dodger. Webster received a student deferment, then was declared medically unfit to serve.

And so on. One expects politicians to be dishonest; one does not expect them to be so blatant about it as Grayson is. He was a breath of fresh air compared to the stale stuff pouring from most of his colleagues.

Comments Off on Alan Grayson, We Hardly Knew Ye

Posted on October 15, 2009 | Comments Off on Partisanship Pays

Rep. Joe Wilson (R-SC) yelled out “you lie!” at President Obama while he was presiding over a joint session of Congress. His outburst has been good for $2.7 million in campaign contributions over the last two months.

Rep. Alan Grayson (D-FL) raised $114,108 in one day after labeling the other team’s health care proposals as a way to “die quickly.”

Such hyper-partisanship is regrettable. But there is a reason politicians indulge in it — voters like it. Why else would it be so good for their campaign war chests?

Sometimes I think the saddest part of democracy is that the people get what they want.

Comments Off on Partisanship Pays