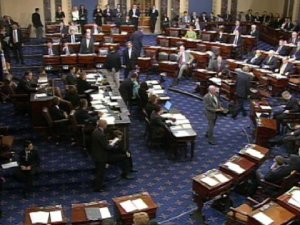 The First Amendment: “Congress shall pass no law… abridging the freedom of speech.”

Good news for anyone who wants to engage in political speech. But how sad that this happened because of politics, not principle.