Every time you use your debit card, the merchant has to pay a fee to the company that issued your card, usually about 1 percent of the purchase price. On October 1, that price will be capped by law to 21 cents. John Berlau, Director of CEI’s Center for Investors and Entrepreneurs, explains the unintended consequences that will hurt consumers, merchants, and banks alike. John has written on interchange fees for The Wall Street Journal, Investor’s Business Daily, The American Spectator, and other outlets.

Intentions Are Not Results 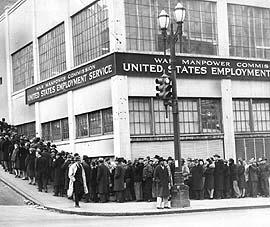 This letter of mine ran in today’s New York Times in response to Paul Krugman’s July 4 column.

Paul Krugman is at a loss to explain why some people oppose extending unemployment benefits. One reason people hold such an opinion is that when government subsidizes something, there tends to be more of it.

The more government subsidizes unemployment, the more people will indulge in it for longer periods of time.

The writer is a journalism fellow at the Competitive Enterprise Institute.

Regulation of the Day 93: Predatory Lending

Congress has used the financial crisis as an excuse to regulate what it calls “predatory lending.” As so often happens, its new regulations have had unintended consequences.

A bank in South Dakota, in order to comply with the new rules, is charging 79.9 percent interest for one of its low-limit credit cards. The pre-regulation rate was 9.9 percent.

The Credit Card Accountability, Responsibility and Disclosure Act of 2009 makes it illegal to charge annual fees greater than a quarter of a card’s limit. For small-balance cards, the allowable fees are tiny now. That leaves banks with three options:

-1. Lose money. The Wall Street Journal correctly notes that “Banks can’t be expected to give money away, even if Congress is in the habit of doing just that.” So this option is unlikely.

-3. Charge higher interest rates to make up for the money lost in fees. This is exactly what is happening here with the 79.9 percent rate for a $250-limit card.

If the bank calculated correctly, the 79.9 percent rate will be roughly a wash compared to the earlier high-fee, low-rate policy. But different customers will be paying. The people who incur a lot of  interest-rate charges are usually the people who can’t afford them. And they’ll be paying a lot more than they were before the CCARD Act.

People who can afford to pay their balances on time often don’t pay little or no interest interest anyway. The 79.9 percent rate doesn’t really affect them. And now their annual fees have gone way down. The CCARD Act is, completely unintentionally,  a wealth transfer from poor people to richer people. Congress is actively hurting the very people it intended to help.

Posted in Economics, Regulation of the Day, The Market Process 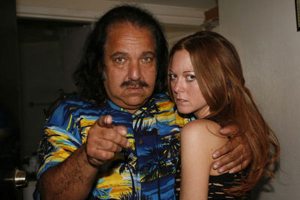 Marginal Revolution’s Alex Tabarrok points to a proposed rule in California that would reclassify adult film actors as being subject to certain employment regulations. The unintended consequences are potentially fatal:

California’s anti-discrimination laws prohibit requiring an HIV test as a condition of employment; therefore the adult film industry’s current testing process, in which every performer is tested for HIV monthly, would be illegal. Nor would adult film producers be allowed to “discriminate” by refusing employment to HIV-positive performers. As a result, untested and HIV-positive performers would be able to work in the industry, raising the risks of HIV outbreaks–particularly since condom breakage or slippage can occur.

Sounds like regulators and activists need to think that one through a little more carefully.