Posted on June 15, 2010 | Comments Off on Terrorists Are Nitwits 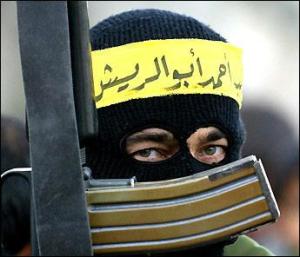 So claims a must-read article at The Atlantic (hat tip to Radley Balko):

They blow each other up by mistake. They bungle even simple schemes. They get intimate with cows and donkeys. Our terrorist enemies trade on the perception that they’re well trained and religiously devout, but in fact, many are fools and perverts who are far less organized and sophisticated than we imagine. Can being more realistic about who our foes actually are help us stop the truly dangerous ones?

Remember: terrorism thrives on over-reaction. Not only are terrorists rare, they are often incompetent. Lightning strikes kill 20 times as many Americans. One day homeland security policies should reflect that.

Comments Off on Terrorists Are Nitwits 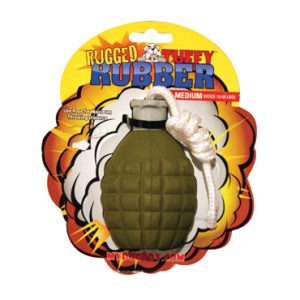 How to Stand up to Terrorists 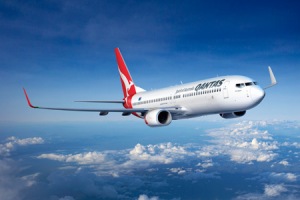 Fear of terrorism is literally irrational. You are 20 times more likely to be struck by lightning than fall victim to a terrorist attack. 200 times more Americans are killed by car wrecks than by terrorists. Yet people seem to be at least 200 times more scared of terrorists than of cars. This makes no logical sense.

In an article in the new issue of the CEI Planet (on page 7), I make the case that this is due to black swan bias, an inborn cognitive bias in the human brain that makes us pay undue attention to rare, catastrophic events and ignore everyday dangers.

Terrorism thrives on black swan bias. Terrorists are so few in number that fear is their only weapon. Every time people submit to new security theater measures, every time we trade away our freedom for the illusion of security, the terrorists win. The way to fight back is to not be scared. Fortunately, the facts give us plenty of reasons to drop our irrational fears. 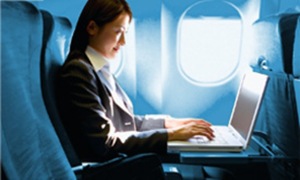 An article in this month’s Infotech & Telecom News on a TSA proposal to ban in-flight wi-fi quotes me at length. Here’s what I had to say:

“Are such restrictions justified? No,” said Ryan Young, the Warren T. Brookes Journalism Fellow at the Competitive Enterprise Institute. “The only way to prevent terrorism is to make terrorism difficult.

“Banning in-flight entertainment would not do that,” he added. “Terrorism is a rare threat, and it should be treated accordingly. Every time you board a plane, your odds of being a victim of a terrorist attack are about 1 in 10.4 million. You are 20 times more likely to be struck by lightning,”

‘Chipping Away at Freedoms’
“Terrorists can’t win by killing people,” Young said. “There are too many of us and too few of them. They win by making us overreact in fear. And that is exactly what the TSA is doing.

“Chipping away at freedoms like in-flight wi-fi might make people feel safer. But it doesn’t actually make them safer,” he said. “The TSA should make sure that all cockpit doors are reinforced. It should diligently screen checked baggage. Passengers know that sometimes they have to take matters into their own hands. Anything beyond that isn’t security. It’s security theater.”

Dangerous Driving
Young adds TSA’s reaction to the Christmas Day bomber and other potential threats could not just stifle tech innovation but also harm the ability of the airline market to improve its services.

“Banning in-flight wi-fi would hurt both the airline industry and technology companies,” Young said. “Some airlines, such as JetBlue, compete by offering fringe benefits that competitors don’t, like in-air wi-fi. Taking that away would make the airline market more homogeneous and less competitive.

“Banning in-flight wi-fi also poses a safety risk,” he added. “When flying becomes more onerous, some people will opt to drive instead. Per mile traveled, driving is far more dangerous than flying. Car accidents kill at least 200 times as many Americans as terrorists do each year.”

New Reason Video on the TSA

Posted on January 7, 2010 | Comments Off on New Reason Video on the TSA

Comments Off on New Reason Video on the TSA

Posted on January 7, 2010 | Comments Off on Regulation of the Day 97: Full Body Scans and Child Protection Laws 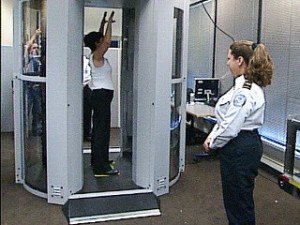 Sometimes, when two regulations love each other very much, they get together and have little baby regulations. This is happening right now in Britain.

Full body scans are coming into use at many UK airport security checkpoints. Since screeners essentially see all passengers naked, the scans run afoul of child protection laws for passengers under 18.

The thought of pedophiles using the body scan images for their own sick ends is decidedly creepy. So the British government is taking steps to keep that from happening. Those steps include:

-Exempting everyone under 18 from being scanned. This defeats the security purpose of the scanners.

-Moving the scanner operators out of sight of passengers. That keeps the scanner images anonymous. But it doesn’t prevent perverts from seeing things they shouldn’t.

There is an easier way: don’t do full body scans. They do more to make people feel safe than to actually make them safe.

Reinforced cockpit doors, proactive passengers, and checked baggage screening are much more effective. And they’re already in place. Besides, terrorist attacks are rare. Full-body scans are an over-reaction. The resources spent on them have other, better uses.

Comments Off on Regulation of the Day 97: Full Body Scans and Child Protection Laws 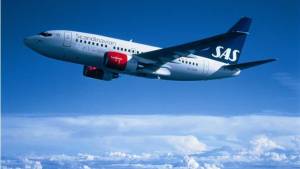 Radley Balko points to an article that shows exactly how rare terrorism is.

The figure that caught my eye was the last one. There were 647 deaths due to airborne terrorism over the last last ten years. There were 7,015,630,000 passengers over the same period. Yes, that figure is higher than current world population. That’s because each time someone flies, they count as one passenger. You take ten trips, you’re counted ten times. That represents each opportunity to become a terrorist victim, and is therefore the correct measure to use.

Each time you board a plane, your odds of being a victim of terrorism are about  1 in 10,408,947 (my own calculations yielded 1 in 10,843,323, but the point holds either way). Your odds of being struck by lighting are over twenty times higher!

Terrorists are so rare that they can’t win by killing people. There are too many of us and too few of them. Terrorists can only win by scaring people. Making them overreact. Making them trade away their freedom for for the illusion of security. The TSA, which is based on exactly that, represents the terrorists’ greatest victory yet.

That’s why people need to know just how safe we really are, even with all of the terrorists out there. The more we know, the less scary they become. And fear is their only effective weapon. If we take it away, the terrorists lose.