No to Broccoli Mandate, Yes to Health Insurance Mandate?

Posted on March 28, 2012 | Comments Off on No to Broccoli Mandate, Yes to Health Insurance Mandate? 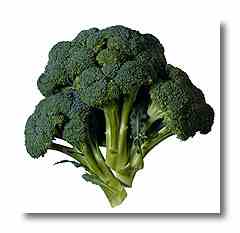 I was looking over the latest Reason-Rupe poll and found something strange: 87 percent of people think a federal broccoli mandate would be unconstitutional, while 62 percent think a health insurance mandate would be unconstitutional. That’s a 25 percent difference even though the basic principle is exactly the same. These two mandates were compared during this week’s Supreme Court oral arguments on the health care bill.

Over at the Daily Caller, I go over some possible explanations for the different results and conclude:

Public opinion has precisely nothing to do with whether a policy is a good idea or not; anyone who thinks otherwise would do well to read Shirley Jackson’s short story “The Lottery.” But since I think that government should not have the power to mandate that people buy certain products — think of the lobbying and rent-seeking by companies that stand to benefit! — it is heartening that the majority of Americans think the same way as I do about broccoli. And, to a lesser extent, health insurance.

Comments Off on No to Broccoli Mandate, Yes to Health Insurance Mandate?

6 Pages of Legislation, 1,000 Pages of Regulation

HHS is about to issue over 1,000 pages of new regulations stemming from last year’s health care bill. That’s not a huge surprise, considering the bill is about 2,000 pages long.

But these regulations all come from a 6-page section covering accountable care organizations, or ACOs.

According to Politico, John Gorman, who runs a health care consulting firm, “expects a 1,000-page rule to come out on Thursday, March 31—because he doesn’t think HHS will want to deal with releasing the regulations on April Fool’s Day.”

Comments Off on 6 Pages of Legislation, 1,000 Pages of Regulation

As the House gets ready to pass the health care bill today, I’m reminded of one of the first lessons in economics I ever learned. Milton Friedman put it best:

The biggest problem with health care today is that patients only pay 12 percent of costs out of pocket.  As far as each individual is concerned, it’s basically on sale for 88 percent off! No wonder we spend so much on health care.

Today’s bill consists almost entirely of spending other peoples’ money on other people. If it becomes law, that 12 percent figure will fall even further. This is no way to keep costs under control. However noble Congress’ intentions may be, its bill will not work as advertised. Human nature won’t allow it.

How Do These People Avoid Cognitive Dissonance? 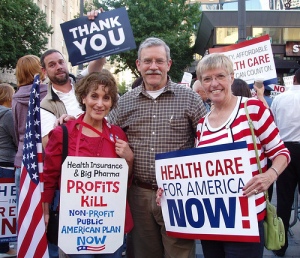 The health care bill, by the way, would legally require people to give a lot of money to those same insurance companies. A lot of money. It would be the largest corporate gift Washington has ever given out — as much as $1.5 trillion over ten years by one estimate.

Health insurers’ loudest detractors are actually their best friends, and they don’t even seem to realize it. Apparently, regulatory capture is not always a conscious process.

Regulation of the Day 125: Salt

Having eliminated all crime from New York’s streets, ended homelessness, rebuilt Ground Zero, and fixed the state’s ailing public schools, New York’s state legislature has set its sights on how much salt you eat.

That’s why Mr. Ortiz has introduced statewide legislation that would “make it illegal for restaurants to use salt in the preparation of food. Period.”

A $1,000 fine would accompany each violation.

Tom Colicchio, who owns a restaurant and has appeared on the television show Top Chef, is livid. He told the New York Daily News that “New York City is considered the restaurant capital of the world. If they banned salt, nobody would come here anymore… Anybody who wants to taste food with no salt, go to a hospital and taste that.”

He’s right; the salt ban does offend culinary decency. But there’s another angle that’s at least as important: personal responsibility.
If I want to pile on the salt, as Mayor Bloomberg famously does, that’s my right. But I also need to be liable for the consequences. If chronic salt over-consumption gives me high blood pressure and heart trouble, that’s my fault. I should pay the cost.

But that’s not how the current health care system works. We suffer from the 12-cent problem: on average, people only pay 12 cents for every dollar of health care they consume. Roughly 50 cents are picked up by the government, and insurers cover the rest.
That means people have less incentive to watch what they eat than under a more honest system. Why not rack up huge health care bills? Everyone else is paying for me. Health care on sale! 88 percent off!

Freedom cannot exist without responsibility. Decades of government encroachments in health care have taken away a lot of our responsibility for health care decisions. So it makes some sense that Mr. Ortiz would finish the job by taking away peoples’ freedom to eat what they want.

A better solution would be to have both freedom and responsibility, instead of neither. Ban the salt ban. Give people more control over their health care dollars. Let us be free. Let us be responsible. We’re all adults here. Treat us as such, Mr. Ortiz.

Comments Off on Regulation of the Day 125: Salt

Posted in Health Care, Nanny State, Regulation of the Day

The Hayekian Approach to Health Care

Posted on March 11, 2010 | Comments Off on The Hayekian Approach to Health Care

George Will has a good column today. He does a wonderful job contrasting Hayek’s philosophy of humility before complexity with the early 20th-century progressive mindset of planning and scientistic design. The framework applies surprisingly well to today’s health care debate, with President Obama playing the role of Woodrow Wilson. Very thought-provoking.

Comments Off on The Hayekian Approach to Health Care

Posted on January 13, 2010 | Comments Off on Health Insurance and Campaign Contributions 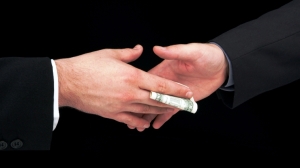 Congressional Democrats are thinking of revoking the health insurance industry’s antitrust exemption; some insurers have spent as much as $20,000,000 opposing the current legislation.

On one hand, this might look like the dog biting the hand that feeds. But really, it isn’t.

If the health care legislation passes, there is a good chance that every American would be required to purchase health insurance.

Suppose that happens. $40 million and change plus some antitrust troubles is a really small price to pay for a legal guarantee of vastly increased business, forever, plus looking like you didn’t want the favor.

As my friend Jeremy Lott is so quick to remind, it’s a wonder that politicians can be bought off so cheaply, given what they could charge for their services.

It is just as surprising that insurers would spend $20 million opposing legislation that would yield many times that in profit. As economist Bruce Yandle notes, “industry support of regulation is not rare at all; indeed, it is the norm. And in the United States it is as American as apple pie.”

Comments Off on Health Insurance and Campaign Contributions

Explaining the Government Option in 41 Seconds

Watch this video by Caleb Brown, Austin Bragg, and Lester Romero. It’s part of a video contest; take a look at the other entries and vote if you like.