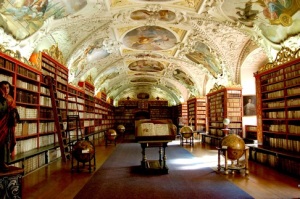 Nyjer Morgan plays center field for the Brewers. He’s also quite the character. This is how he greets Bob Uecker in the clubhouse:

It started in an empty clubhouse in Chicago, where a few repeated whispers of “Bob” had the announcer wondering where the sound was coming from. Uecker kept hearing his name and after walking through the clubhouse, he eventually realized that it was coming from Morgan’s locker. He looked inside and found the player hiding behind all of his clothing with a huge grin on his face.

Meanwhile, Steve Rushin has penned a lovely paeon to the city of Milwaukee and its baseball team. 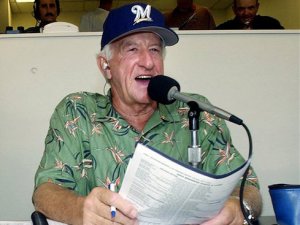 Baseball is back! Here’s hoping my Brewers end their season the same way the Packers ended theirs — with a Super Bowl victory.

The most entertaining part of following the Brewers is Bob Uecker, their radio announcer. He had two heart surgeries last year and missed a large chunk of the season. But he’s feeling much better now, and is still cracking jokes.

The Wall Street Journal profiled him today. It’s worth a read. Note that the article describes his partner in the booth, Cory Provus, as his straight man; one hears a lot more than baseball when Uecker calls a game. 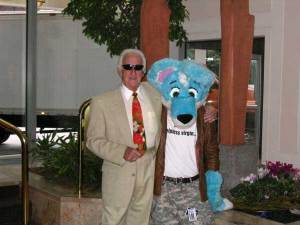 Bob Uecker is having heart surgery on Friday. He’s expected to be fine, but it will be about three months before he’s back in the broadcasting booth. He was calling tonight’s Brewers game against the Pirates, though.

While we wish Bob a fast and full recovery, it’s worth linking to some of his finest work, which happened in 2007 during a series at Pittsburgh. A furry convention was being held in the same hotel the Brewers were staying at. Hilarity ensued. If you don’t know what a furry is, you can look at this Wikipedia page. Or you can listen to Bob’s take here and here. Even if you think baseball is boring, this will make you laugh.