Regulation of the Day 154: Potatoes in School Lunches

Posted on October 25, 2010 | Comments Off on Regulation of the Day 154: Potatoes in School Lunches 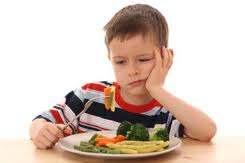 The federal government is considering limiting, or even banning potatoes from school lunches. Officials fear the tasty tubers are causing childhood obesity. They would rather children eat more leafy greens instead.

The children are not pleased. One child told the Associated Press, “That would be so not cool. I love tater tots.”

Critics of the nanny state’s slow but steady mission creep often ask, “What’s next, a law saying eat your vegetables?” Well, apparently it is next. Freedom advocates need to find a new reductio ad absurdum.

In fact, the USDA already has a temporary regulation in place disallowing food stamps to be used to buy potatoes. The rule may be made permanent next year. Poverty has more important indignities than losing some choice of what you buy at the grocery store. But what a way to treat adults.

Eat your vegetables. Or else. They’re good for you.