Did Deregulation Cause the Great Recession?

Posted on December 8, 2009 | Comments Off on Did Deregulation Cause the Great Recession? 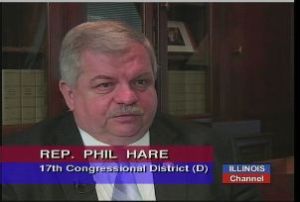 Over at RealClearMarkets, I explain why the answer is a resounding no:

Rep. Phil Hare argues that “reckless deregulation” is one of the causes of the current economic crisis. That isn’t actually true. This year’s edition of the Competitive Enterprise Institute’s Ten Thousand Commandments report found that 3,830 new regulations came into effect in 2008 alone.

Over 30,000 total new rules passed during the Bush years. Hardly any were repealed. Businesses currently dole out the equivalent of Canada’s entire 2006 GDP – about $1.2 trillion – just to comply with federal regulations.

Where is the deregulation?

263,989 people make their living working for federal regulatory agencies, according to research from the Mercatus Center. That’s an all-time high.

12,190 of them regulate financial markets from Washington. More are based in New York and other financial centers. None of these figures include state and local rules and regulators. Those cost extra.