Against a Value Added Tax

Posted on November 17, 2009 | Comments Off on Against a Value Added Tax 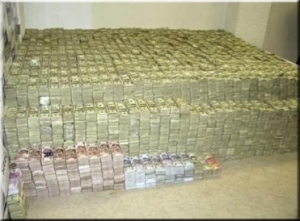 Over at Investor’s Business Daily, Wayne Crews and I make the case against a Value Added Tax. Policy makers have been flirting with the idea as a way to reduce the $1,400,000,000,000 budget deficit.

We argue that a VAT is:

-Complex; it would require roughly doubling the size of the IRS.

-Untransparent; most VATs don’t show up on receipts the way sales taxes do. Taxpayers are clueless as to how much tax they actually pay.

-Prone to increases; 20 out of 29 OECD countries with a VAT have increased their rates since implementing a VAT.

A point we didn’t make is that VATs affect industrial organization. VATs are applied at each stage of the production process. That gives companies an incentive to reduce the number of taxable steps. That means more vertical integration than would otherwise occur. This can decrease the efficiency of the manufacturing process. Which means higher prices and fewer goods. Plus the tax.