The Nobel Case for Immigration

Posted on October 26, 2010 | Comments Off on The Nobel Case for Immigration

Over at The American Spectator, my colleague Alex Nowrasteh and I make the case for expanding skilled immigration. Our main points:

-1 in 8 Americans are foreign-born, but 1 in 4 American Nobel laureates since 1901 are foreign-born. Immigrants, it seems, are chronic overachievers. America would benefit by letting more in.

-The H-1B visa for skilled immigrants is capped at 85,000. In non-recession years, those 85,000 spots are typically filled in a single day.

-The number of Nobel-caliber intellects who have lost their opportunity to do research in this country is unknown. What is known is that the U.S. government has kept out millions of the most inventive, brilliant, and entrepreneurial people in the world for no good reason.

Comments Off on The Nobel Case for Immigration 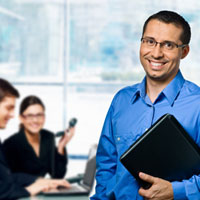 Over at the Daily Caller, my CEI colleague Alex Nowrasteh makes the case for doing away with the cap on H-1B visas. The cap limits the number of highly skilled immigrants to 85,000 per year. In most years, all 85,000 spots are filled in a single day. Applications were down last year and this year because of the recession. But they’ll bounce back as soon as the economy does. At the very least, the cap should be substantially raised. It would be better if the cap were eliminated altogether.

The reason the cap exists is that some people think skilled immigrants take jobs away from Americans. Alex explains why that isn’t true:

There is no fixed number of jobs to be divided among Americans.

Foreign skilled workers don’t “take” American’s job; they complement them. Foreigners are not substitutes for U.S.-born workers even when they have similar skills and experience.  In many situations, H-1B workers push Americans into managerial or other higher positions.

Many people also believe that skilled immigrants lower wages for native-born Americans. That isn’t true either:

Firms that employ H-1B visa workers do so when they are expanding production and have trouble meeting their labor requirements domestically.  Observing this effect, the National Foundation for American Policy reported in 2009 that for every H-1B position requested, U.S. technology firms increase their employment by five workers.

The government’s artificial limit on skilled immigration is prolonging the recession. The H-1B cap needs to be either raised or done away with entirely. American jobs depend on it.