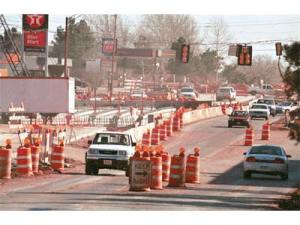 Land-use and Transportation Policy Analyst Marc Scribner looks at House Republicans’ “drilling for roads” proposal and finds it wanting. Under this proposal, the federal government would allow more fossil fuel extraction from federally owned lands, as well as offshore. Some of the revenues would go into the federal Highway Trust Fund. This would politicize transportation even more than it already is, and would lead to adverse consequences.

Comments Off on CEI Podcast for December 15, 2011: Drilling for Roads

Regulation of the Day 170: Kinder Eggs

Kinder eggs are a type of candy that enjoys worldwide popularity. They are chocolate eggs with a plastic shell underneath the outside layer of chocolate. After kids enjoy the chocolate, they can open up the plastic shell and find a toy inside. They are especially popular around Easter.

They are also illegal in the United States. The Consumer Product Safety Commission and the Food and Drug Administration have declared the toys to be a safety hazard. Children could choke on them.

A third agency, Customs and Border Patrol, confiscates about 25,000 kinder eggs per year. Most people know that kinder eggs aren’t actually a choking hazard, so they don’t know about the ban and think nothing of bringing some home from a trip.

NRO’s Mark Steyn recently had just such a run-in when he and his children returned from a trip to Canada:

As I noted in a previous Regulation of the Day:

That means your child’s odds of choking to death on food are about 1 in 545,000. And that’s assuming 77 deaths, the high end of the range. Little Timmy is literally more likely to be struck by lightning (1 in 500,000) than choke to death on a hot dog.

I’m sure that CPSC, FDA, and CBP would love to credit their diligence in enforcing the kinder egg ban for those reassuring numbers. But common sense says they shouldn’t.