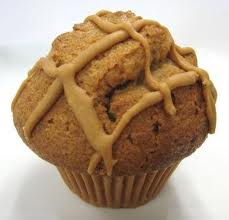 The Justice Department’s auditors have been getting a lot of press lately. They found that the department paid $16 each for muffins at a recent event in Washington. At another event in San Francisco, the department spent $76 per person on lunch.

According to the Hilton hotel chain, which hosted the DC muffin event, the auditors didn’t read the invoice very carefully:

Hilton Worldwide, which manages and franchises hotels including the Capital Hilton where the conference took place, says the price included not only breakfast baked goods but also fresh fruit, coffee, tea, soft drinks, tax and tips. It says the report misinterpreted its invoices, which often use shorthand and don’t reflect the full menu provided.

So it appears that part of the story has been exaggerated. The $76-per-person lunch in San Francisco, also held at a Hilton, included “slow-cooked Berkshire pork carnitas, hearts-of-romaine salad — and coffee at $8.24 a cup.” That one still looks dodgy. A bit fancy for a government conference. But the muffins do seem to have been blown out of proportion.

In related news, after an assistant told Federal Reserve Chairman Ben Bernanke that the muffins didn’t actually cost $16, he was reportedly overheard muttering to himself, “soon…”

Posted on September 16, 2009 | Comments Off on Bernanke Says Recession Likely Over

Wonderful news if he’s right. We won’t know for sure until the GDP figures come out for the third quarter. Or the fourth quarter, depending on when the growth started and how fast it is. But leading indicators have been looking good for some time, so Bernanke’s guess seems reasonable.

Just beware of any declarative statements that come out before the data do.

Comments Off on Bernanke Says Recession Likely Over