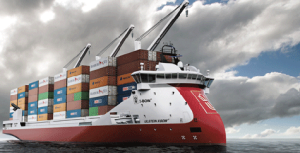 Bunker fuel is  a heavy fuel used by large ships around the world. Oil tankers, container ships, and more rely on bunker fuel because it’s cheaper than other kinds of fuel. Land Use and Transportation Policy Analyst Marc Scribner takes a look at new environmental regulations in California intended to reduce bunker fuel usage. The rules are actually causing many ships to use more bunker fuel, not less. If proposed fixes succeed, the result would essentially be a tariff on most global trade — a $16 trillion industry.