Regulation of the Day 102: The Size of Banks 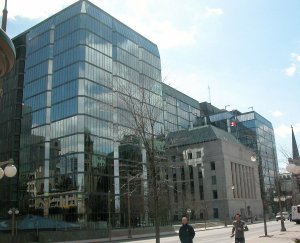 Louis Brandeis was a hero of the Progressive Era. One of the central tenets of his philosophy is that when it comes to business, big equals bad. Even if consumers benefit. Doesn’t matter. Big is bad.

This is not an exaggeration. Business historian Thomas McCraw wrote that “a deep-seated antipathy toward bigness clouded his judgment.”*

Then there is Brandeis on consumers: “servile, self-indulgent, indolent, ignorant.” That’s a direct quote, by the way.** It was his justification for wanting to fix prices in favor of small businesses. Consumers invariably prefer low prices. The problem is that sometimes big businesses offer those low prices. And this upset Brandeis to no end. How dare consumers take price into account! The size of the business is more important!

This is not a rigorous line of thought.

But it’s one the current administration has bought into. The White House is expected to propose today a maximum allowable size for banks. Because big is bad.

This reform is unlikely to have its desired effect. The reason banks behaved so badly during the housing bubble is because the regulatory and political climate gave them an incentive to. It had nothing to with size. The solution, then, is to channel incentives in a better direction. Reward good behavior. Punish bad behavior. Any reform that ignores incentives will fail every time.

On one hand, as long as bankers know that the government will bail out their losses, they’ll take as many crazy risks as they can. Where’s the incentive to be careful if taxpayers will cover the bill when you mess up?

On the other hand, a size cap might actually make banks too risk-averse. Loans are risks taken in the hope of future profit. But too much profit — too much good lending — could potentially make a bank run into size problems with the government. This is not the kind of incentive structure the administration should be shooting for.

Today’s fixation on size is just as misguided as Brandeis’ was. Consumers and banks alike would be better served by letting profits encourage risk, and losses encourage prudence, as Russ Roberts put it. That means no size restrictions. No bailouts either.